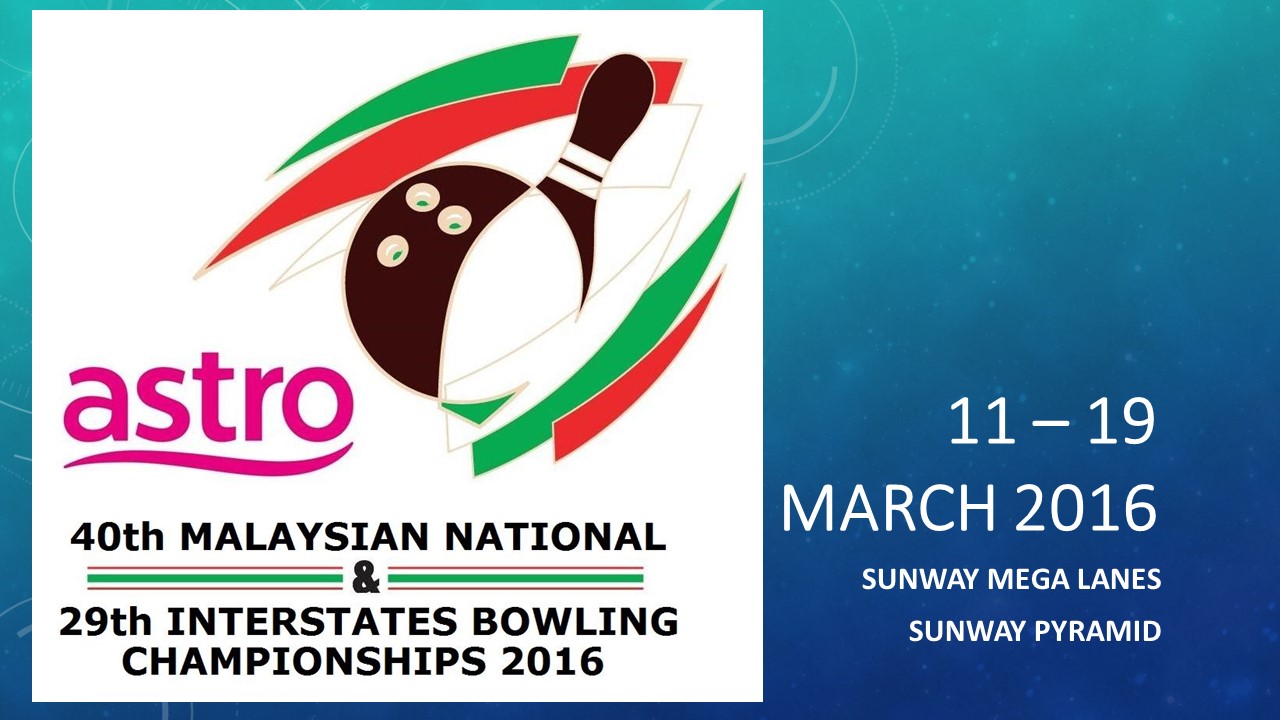 The 40th Malaysian National and 29th Interstate Bowling Championships 2016 will once again showcase the top Malaysian bowlers in action.

This year the MTBC Bakers Challenge comes back bigger with a bigger prize fund, as teams compete to be the best in the country. Open to all Malaysians registered as members with MTBC State Affiliates. Each team comprises of 4 bowlers with a minimum of 1 lady bowler, and maximum of 1 national senior or national youth member. Register fast as this is open to only the first 48 paid-up teams. – Rules and Regulations and Application Forms here.

The National Championships this year will be based on 6-game series Master Qualifiying. This is to enable the bowlers to experience the atmosphere of bowling in official championships like the World Championships where the format is 6-games straight moving lanes after every game. so come experience what the best in the world is up against. see you all during the NCIS 2016..